Vilnius City Innovation Industrial Park is the first and only industrial park in the capital of Lithuania, dedicated exclusively to the development of innovative business.

24 ha VCIIP territory is surrounded by national forests and already has a fully developed infrastructure. It is dedicated to Lithuanian and foreign companies that want to build research centres, laboratories or factories, as well as to business and science collaboration; nearby are some of the best universities in Lithuania, as well as main science centres. 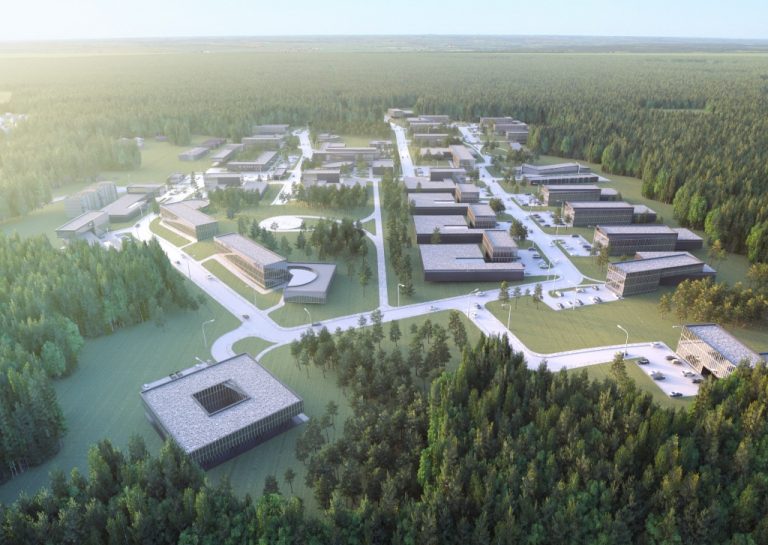 To mobilize investors developing innovative activities in the Park, in order to create conditions promoting the growth of innovative companies by reducing the costs of new product development and commercialization, using the resources necessary for the innovation, the value chain network, and the opportunities given by science and business clusters. 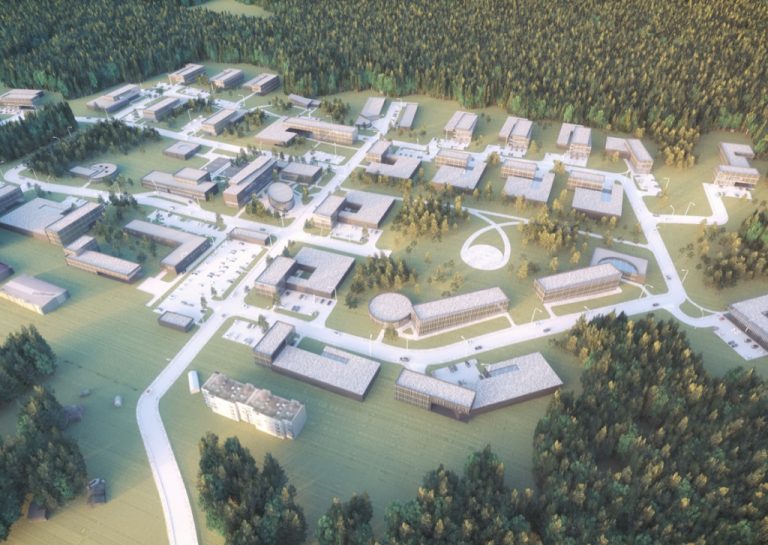 VCIIP aims to strengthen Lithuanian innovation system and excel high-tech competitiveness by creating a functional R&D infrastructure and communications, thus increasing the attractiveness of the Park for foreign investment and innovative companies.

VCIIP investors are provided with the following services:

Services provided to investors and tenants that are already established in VCIIP:

Possible projects to be developed at VCIIP:

*The selection of candidates is carried out in accordance with the description of the conditions for the development of the territory of VCIIP, approved on the 27th of March, 2020, minutes of the Supervisory Expert Group no. 11.

**Supervisory Expert Group was formed and approved on the 5th of February, 2020, by the order of Vilnius City Municipality administration, no. 30-289/20.

***The fee of establishment is determined in accordance with the procedure for establishment of the fee, approved on the 4th of December, 2019, minutes of the meeting no. 10.

If your business meets the VCIIP development goals, we invite you to familiarise yourself with the application form and our selection criteria.

The following annexes must be submitted with the application:

You can submit a completed and signed application in two ways:

Send the scanned version of your application to info@northtownvilnius.lt

On 2007 March Government of the Republic of Lithuania issued Resolution no. 321 “On Integrated Science, Studies and Business Centres (Valleys) development and approval of the concept”, which highlighted the need to encourage research and educational institutions to cooperate with the private sector.

In 2008, a vision of territorial development has been prepared.

In 2010, Northtown, together with the participants in the implementation of the Integrated Science, Studies and Business Centre (Valley) “Sauletekis” program, signed a protocol of intent to include the territory in the program.

In 2011, April, By order of the Government of the Republic of Lithuania no. 464 territory was included in the program “Sauletekis” of the Integrated Science, Studies and Business Centre (Valley); a separate measure “2.2 Creating Vismaliuku Investment Innovation Area” for the installation of “greenfield” engineering networks and communications, which has been implemented by Northtown Technology Park.

During 2013-2016, Northtown Technology Park and its partners have implemented the project “Preparing the Infrastructure of the Vismaliukai Investment Innovation Zone (VIZI) for Territorial Creation and Development Phase I”—construction and connection of external engineering networks and communications, electrification and gasification services, construction of sewage, water supply, telecommunication, pipeline and electrical engineering networks to the territory, reconstruction of Vismaliukai Street pavement: wider street, pavement, street lighting from area to public transport stop.

In January 2018, for the purposes of territorial development, the Government of the Republic of Lithuania initiated the establishment of an industrial park and on 24th of January, by Decree no. 98, it established the boundaries of the territory of Vilnius City Innovation Industrial Park located in the territory.

In March, 2018, The Minister of Economy and Innovation of the Republic of Lithuania on 14th of March 14, 2018 by Order no. 4-142 approved the development plan of Vilnius City Innovation Industrial Park.

In August, 2018, Northtown and the National Land Service, under the Ministry of Agriculture, have concluded state land lease agreements that have leased state land plots at Vismaliukai str. 34 and Miskadvario str. 6 until 31 December 2066 with the possibility to sublease their shares to investors.

If you have any additional questions regarding establishment at Vilnius City Innovation Industrial Park, please contact the Operator of the territory

How to find us?

Manage Cookie Consent
To provide the best experiences, we use technologies like cookies to store and/or access device information. Consenting to these technologies will allow us to process data such as browsing behavior or unique IDs on this site. Not consenting or withdrawing consent, may adversely affect certain features and functions.
Manage options Manage services Manage vendors Read more about these purposes
View preferences
{title} {title} {title}